Create a .NET class library with Unity3D and Visual Studio.

Do you have some app logic or game logic that you want to keep in a separate project? Perhaps you want to re-use your utility functions in your next project and keep them separated from your main project. After reading this tutorial, you are able to use Visual Studio to create a .NET class library and use it from Unity3D. 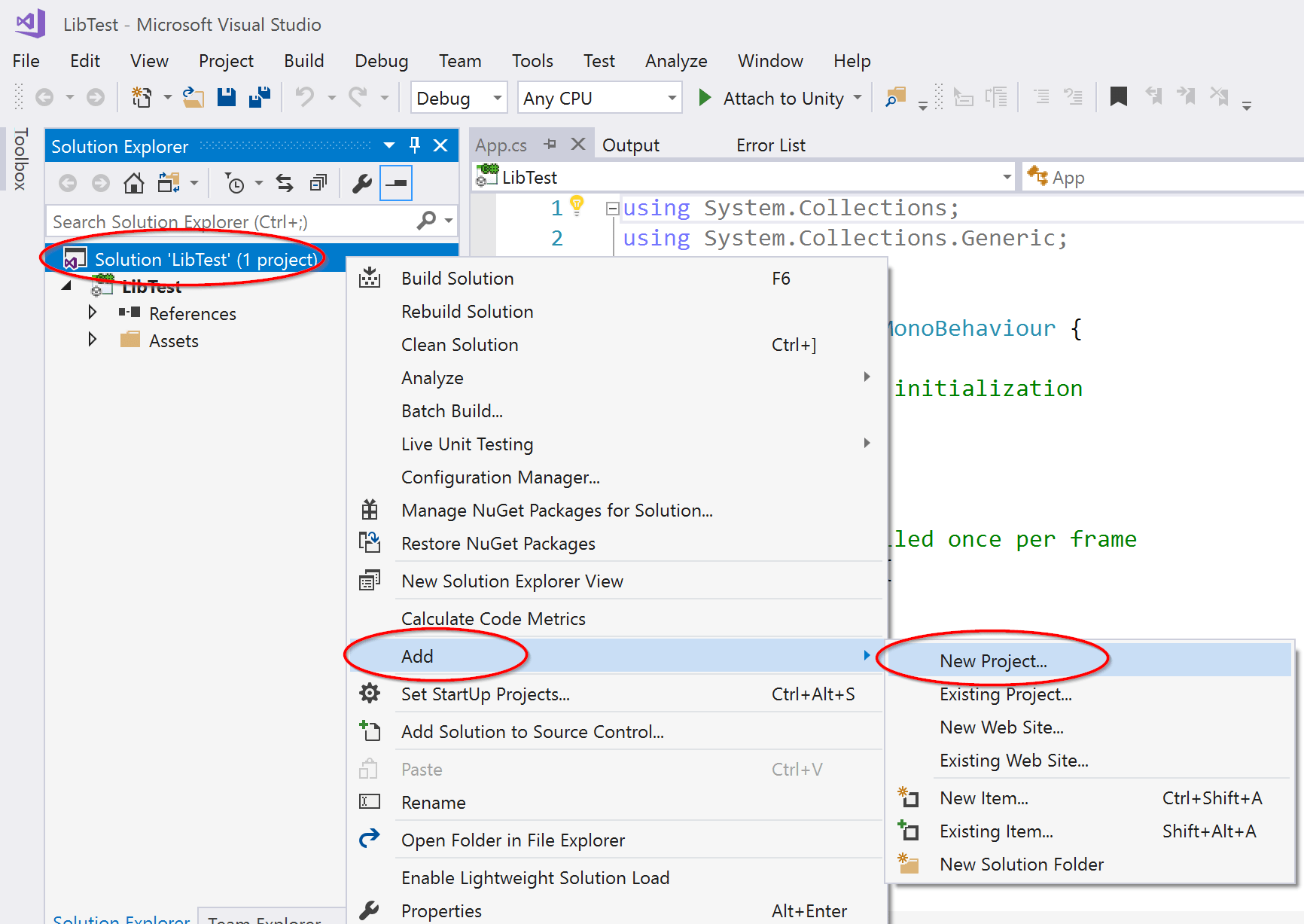 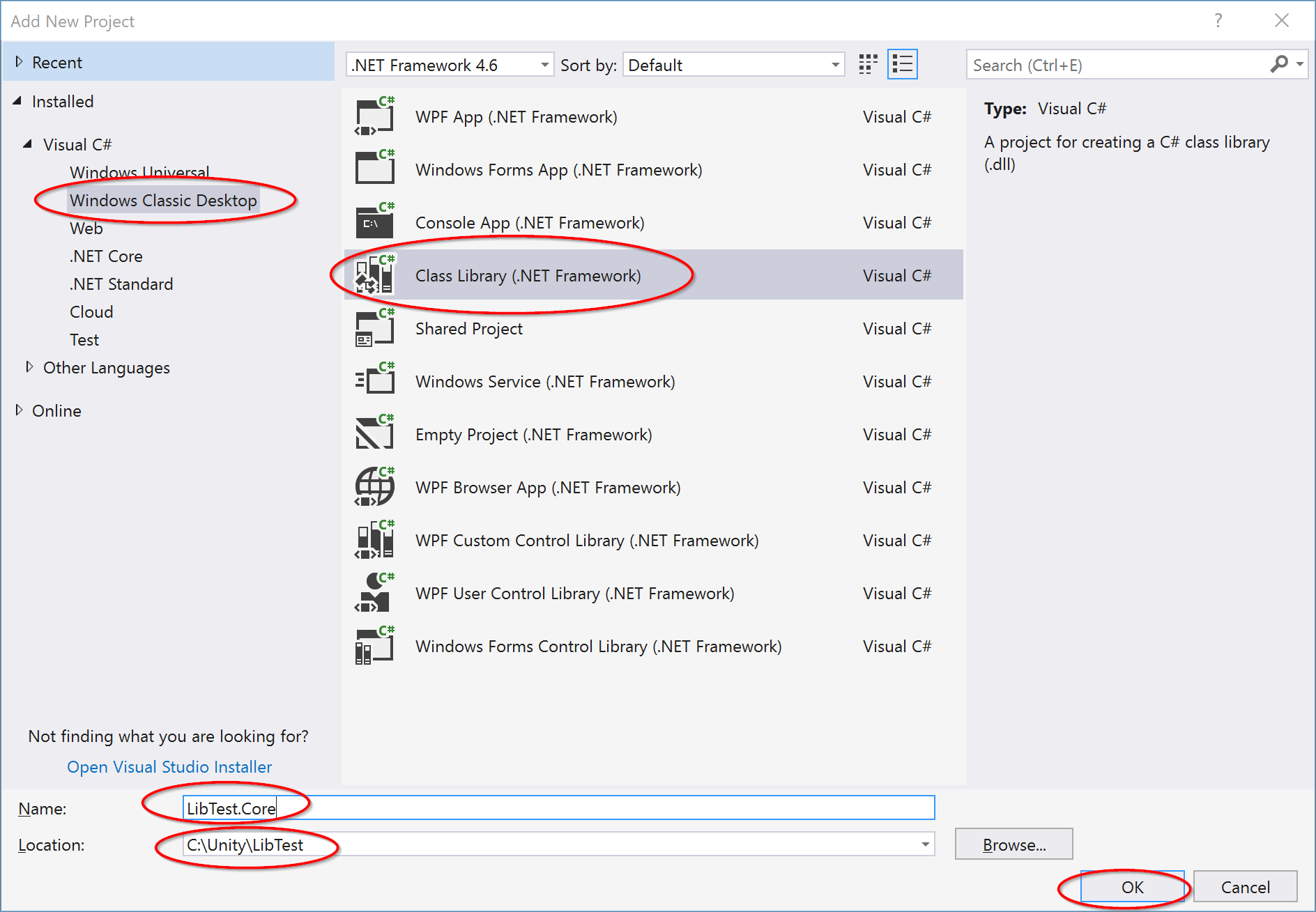 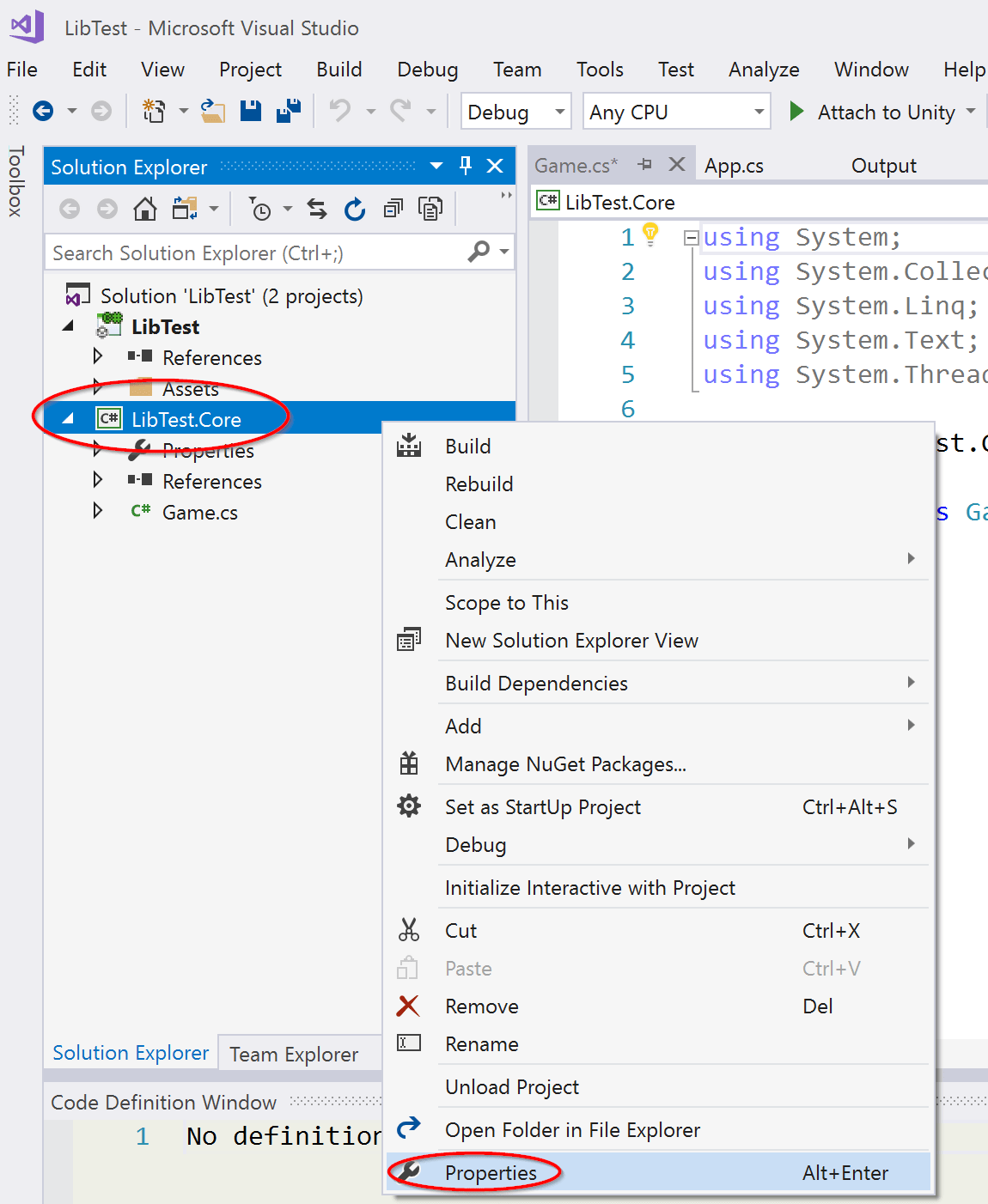 Here you see the assembly name and the target framework: 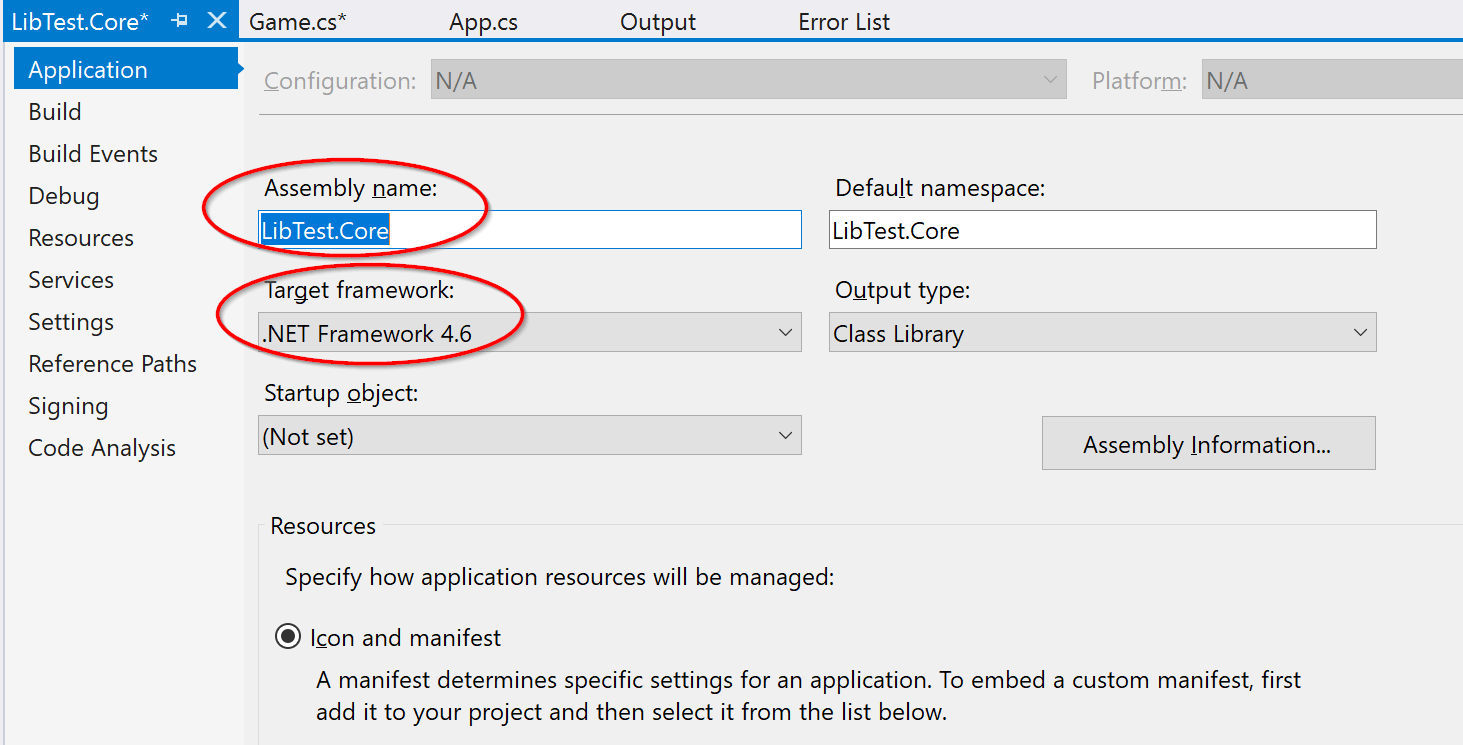 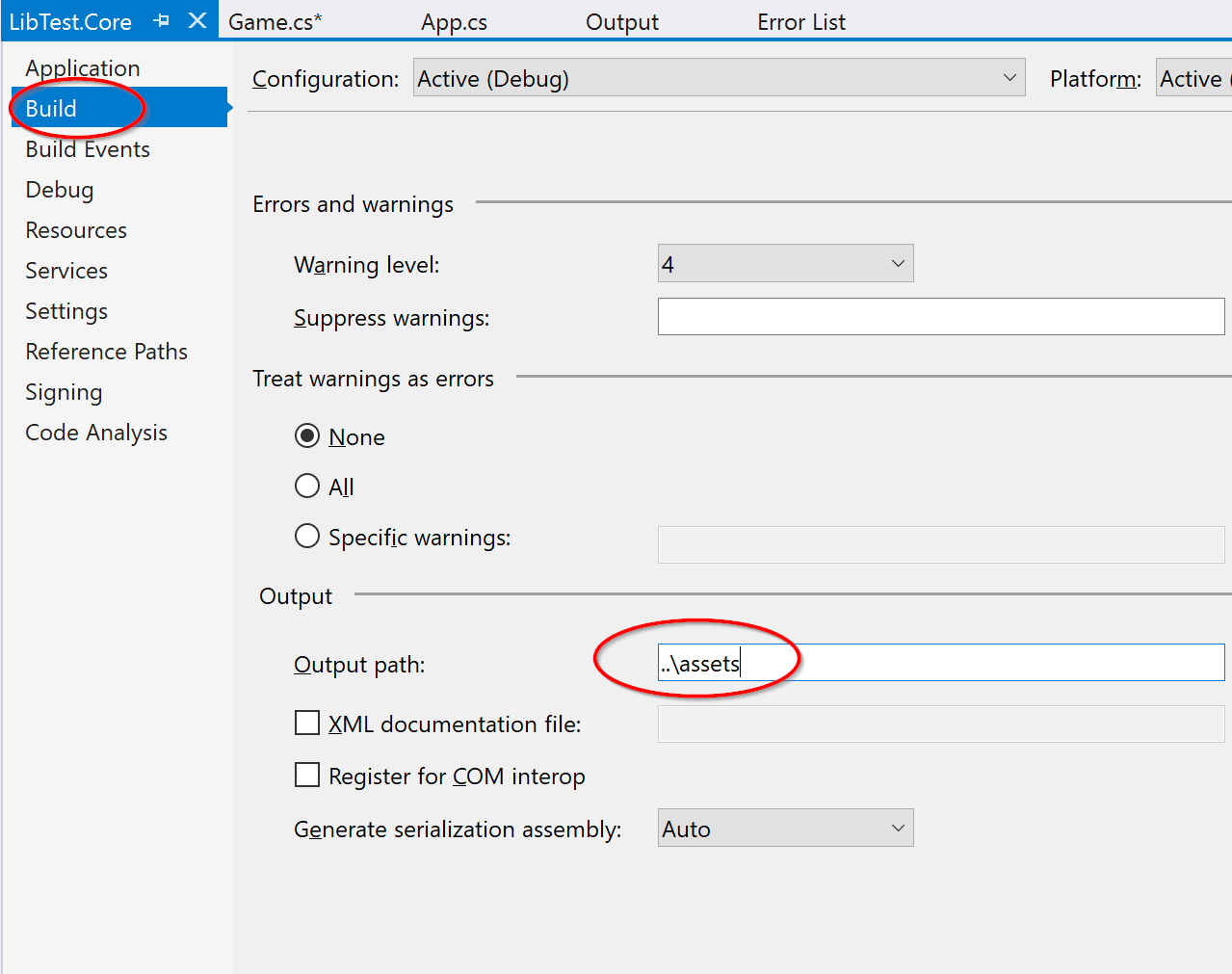 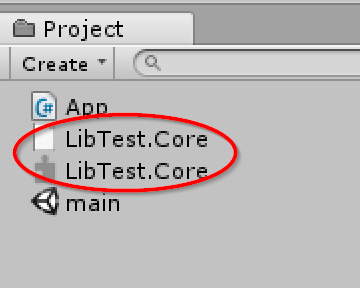 And that’s it. You can now add stuff to your Game class and access it from the main project.

Written by Loek van den Ouweland on 2017-11-24. Questions regarding this artice? You can send them to the address below.